"I am delighted that the matter was resolved in a timely manner, and with a very positive outcome! Your responsiveness and counsel were greatly appreciated; I am happy that we didn't have to formalize any requests through your office." - Supplier 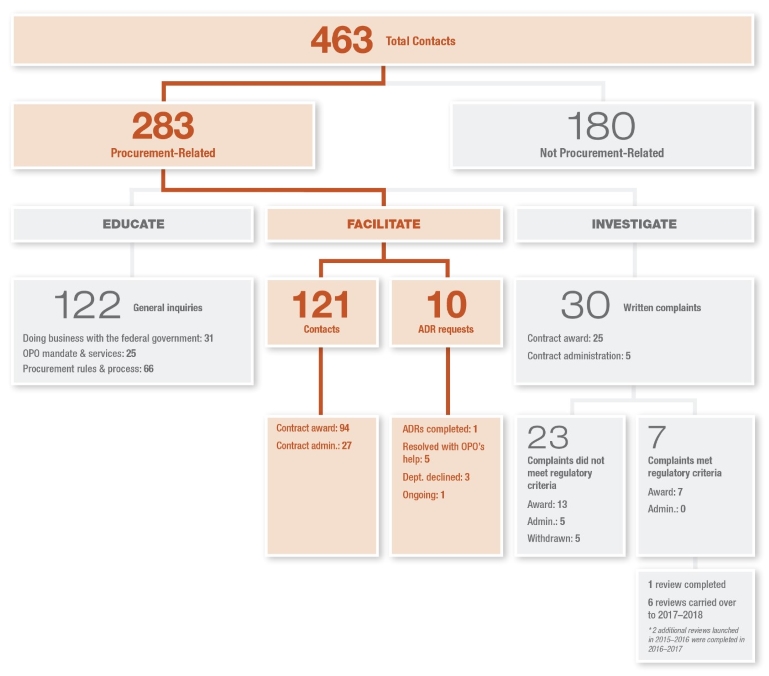 What OPO did to help resolve issues

Suppliers contacting OPO with a procurement-related issue are initially encouraged to provide the federal organization in question with the opportunity to respond and address their issue. In many cases, resolutions can most efficiently be achieved through direct communication between the supplier and federal organization.

In situations where a supplier has been unsuccessful in their attempts or is dissatisfied with their interactions with the organization, OPO can assist by playing a "go-between" role. This involves obtaining an understanding of the supplier's issues and contacting the federal organization to discuss them. Once the Office has obtained the organization's perspective, the information is relayed back to the supplier. This process is repeated as necessary and, in many cases, the Office succeeds in facilitating a resolution. In addition, OPO is often able to re establish communication between the supplier and federal organization, enabling them to resolve the issues directly.

Of the 283 procurement-related contacts OPO received in 2016–2017, 121 were contacts where the Office facilitated communications between the supplier and the federal organization. Examples where OPO helped facilitate a resolution include:

It has become apparent that in playing this "go between" role, often it isn't the information OPO provides as much as the recipient hearing it from a neutral source that has no vested interest in the outcome (other than helping resolve the issue). Consequently, the Office plays an important role in helping resolve procurement-related issues before they escalate. OPO's interest is to help resolve issues as quickly and informally as possible.

When issues cannot be resolved informally, the Office may offer alternative dispute resolution services in instances where a supplier and federal organization have a contract and a dispute has arisen. 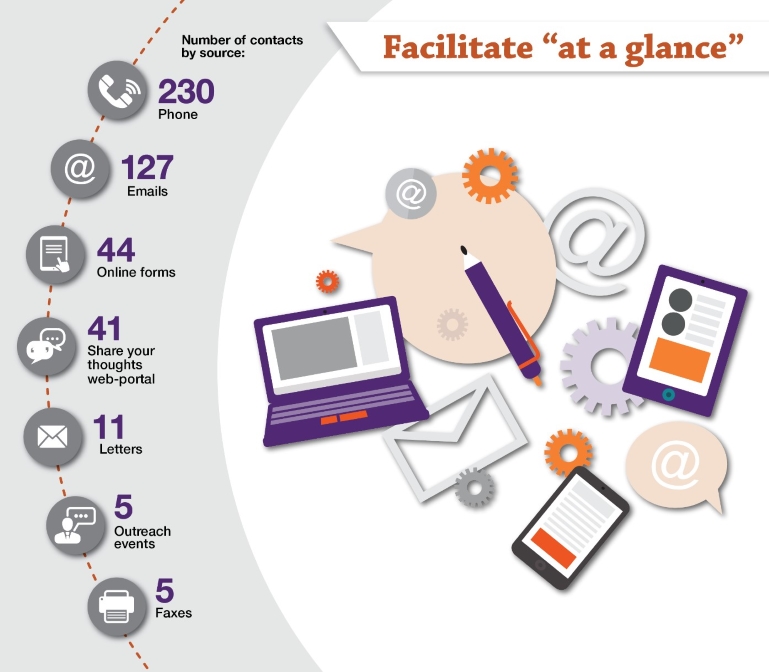 Of the 283 procurement-related contacts that OPO received in 2016–2017, 10 were written requests for alternative dispute resolution (ADR) services.

The Office provides ADR services when disputes involve the interpretation or application of the terms and conditions of a federal contract. One of the parties to the contract—the supplier or federal organization—must request the services in writing. As OPO's ADR services are voluntary, both parties to the contract must agree to participate. OPO's no-fee ADR services offer an opportunity for the parties to come together in a neutral setting to participate in confidential, open and constructive dialogue. More importantly, OPO's certified mediators do not impose decisions (i.e. arbitrate) in the dispute; rather they walk the participants through a mediation process that should permit the participants to reach a mutually agreeable resolution to the dispute.

When both parties agree to participate, OPO's certified mediators have a successful track record of helping to mediate disputes and helping the parties re-establish their business relationships.

These five cases demonstrate the Office's ability to help resolve issues between suppliers and federal officials informally prior to undertaking a formal dispute resolution process. They also reinforce the principle that communication is critical to the resolution of disputes. As a neutral organization, OPO can help suppliers and federal officials resolve their issues thereby bypassing the time and energy needed to respond to issues as they escalate, avoiding costly and time-consuming litigation, and allowing both sides to get back to business.

While OPO has often been effective in facilitating the resolution of issues between suppliers and federal organizations, occasionally the Office is made aware of specific cases, or identifies potential systemic procurement practices, which bring into question the fairness, openness or transparency of federal procurement. In those cases, the Office relies on its third pillar: Investigate.

"Thank you for your help in making this happen after so many months. Greatly appreciate your intervention. There is no doubt in my mind without your help, I'd still be sitting here wondering when [the federal organization] would act." - Supplier