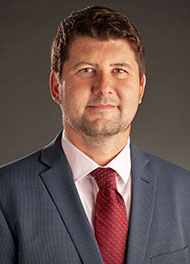 Alexander Jeglic has been named Procurement Ombudsman, effective April 3, 2018, for a 5 year term.

Alex is a lawyer by background and most recently served as General Counsel for PPP Canada Inc., a federal Crown Corporation, where he was involved in the procurement processes for large infrastructure projects. He previously held positions of increased responsibility in the United States and Canada including at the Canadian Commercial Corporation as Senior Legal Counsel and the Australian Trade Commission as Business Development Manager and International Trade Advisor in Washington (DC). Throughout Alex’s legal and professional career, he has focused primarily on procurement, contracting and dispute resolution which will serve him well as Procurement Ombudsman.

Alex graduated from Carleton University in Ottawa with a Bachelor of Arts (Law), with a concentration in Business Law, in 2000. In 2001, Alex completed the Cornell Law School Paris Summer Institute program in international and comparative law and in 2003 completed a Juris Doctor (JD) degree from Loyola University Chicago School of Law in Chicago, Illinois with a certificate in International Law.

Alex has also been teaching procurement law at Carleton University since 2010. Alex and his wife Shelley have 4 children. 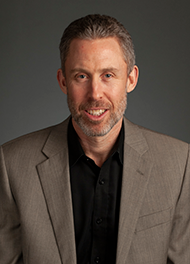 David Rabinovitch has been a member of the Federal Public Service since 1998, and has over 24 years of private and public sector experience leading and managing teams.

Prior to joining the public sector, he lived and worked in the Kansai region of Japan for 5 years, first teaching English as a second language, and then founding a small company that developed curriculum and provided training to Japanese business executives in preparation for overseas postings.

Upon returning to Canada, David obtained Civil and Common Law degrees from McGill University in Montréal, and was called to the Bar of Ontario in 1998. Since joining the Federal Public Service, he has specialized in the areas of investment analysis, policy development, client service, financial management, strategic and business planning, and communications. 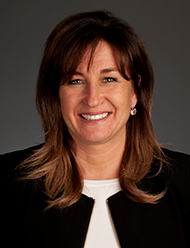 Margherita Finn joined the Public Service in 1990 and has spent all of her career at Public Services and Procurement Canada (PSPC), with the exception of 9 month period when she joined the Office of the Procurement Ombudsman (OPO) to help set-up its operations in 2007.

Over the past 25 years Margherita has held various positions at PSPC. She spent 15 years as a procurement officer buying goods and services and selling ammunition and aircrafts to foreign governments. Margherita was a senior Risk Analyst to PSPC's first Chief Risk Officer, and a principal auditor in the Office of Audit and Evaluation. Prior to returning to OPO in April 2014, Margherita was the Director of the Special Investigations Directorate, responsible for conducting administrative investigations into allegations of wrongdoing, impropriety and mismanagement in PSPC.